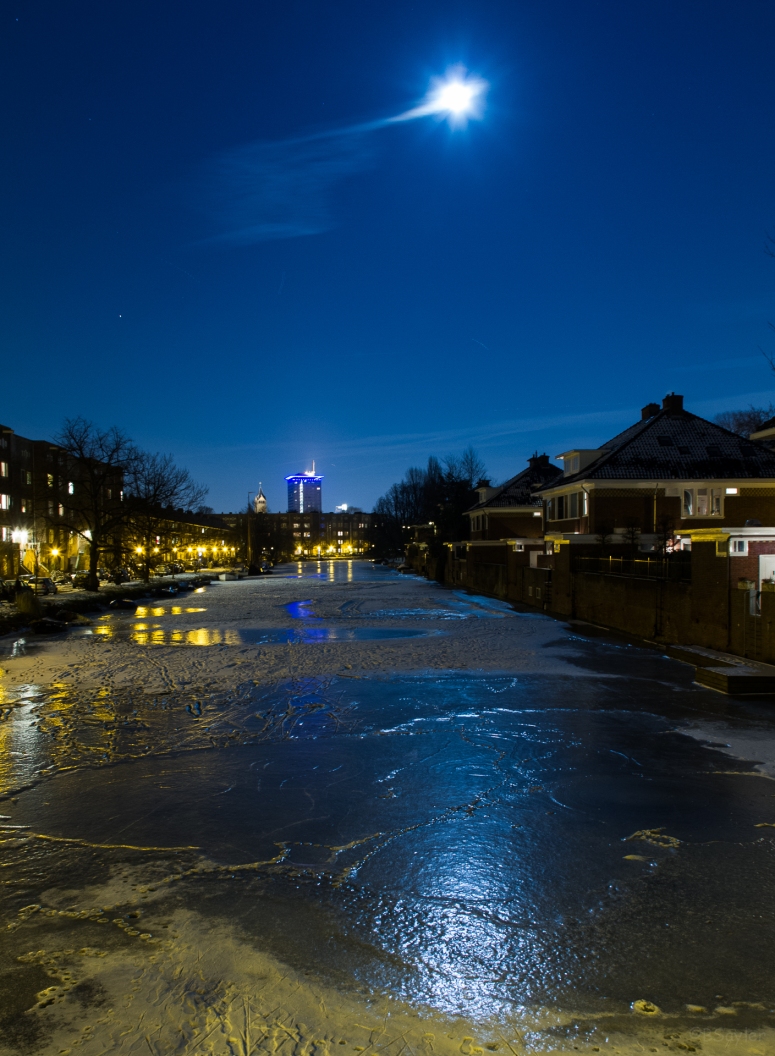 The above photo, like many I end up capturing, was shot while taking my dog for a stroll in the hood. This one was taken over a frozen canal in De Pijp, Amsterdam. In the distance is the Okura Hotel. The moon was a brilliant beacon in the sky and during the long exposure I was able to capture a small cloud dragging across the face of the moon. I took several frames but I settled on this one as “the shot” of the night because it looks like the moon was in motion, and not the clouds.